About Puzzle Day by Castorland

High-speed puzzle assembly contests have long received wide popularity all over the world, gathering hundreds of fans of this sort of entertainment. And recently, at the suggestion of the largest women's forum in the country, the residents of Moldova also became interested in this hobby.

Puzzle Day is an interesting pastime for the whole family, during which teams of participants must assemble a puzzle, competing for speed. The competition rules are extremely simple: for assembling a puzzle of 500 parts, the teams are given two hours. The winner is the team that manages to first put the pieces together in a picture.

In 2014, the first Moldovan puzzle assembly championship took place, with 25 teams participating (about 120 people). The tournament caused so much interest that the registration had to be closed before the scheduled time. In 2014, the winning team assembled the puzzle in 1 hour 25 minutes, setting the first record in Moldova. 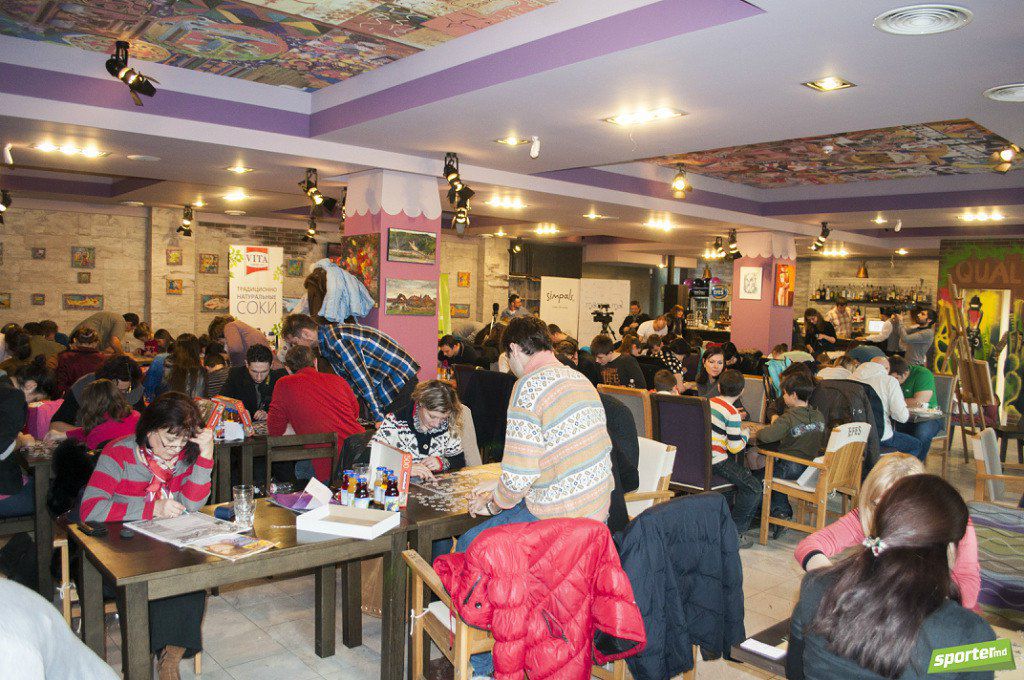 In 2015, 40 teams of 4 members each participated in the competition. Castorland, the leading puzzle maker in Europe supported Puzzle Day and became the general partner of the event. The participants intensively prepared for the competition and set a new record – 1 hour 3 minutes (“D4” team). With a few minutes' difference, “Galata” was ranked second, with the result of 1 hour and 8 minutes. The “Black Beavers” team assembled the puzzle in 1 hour and 14 minutes, thus occupying the third place. 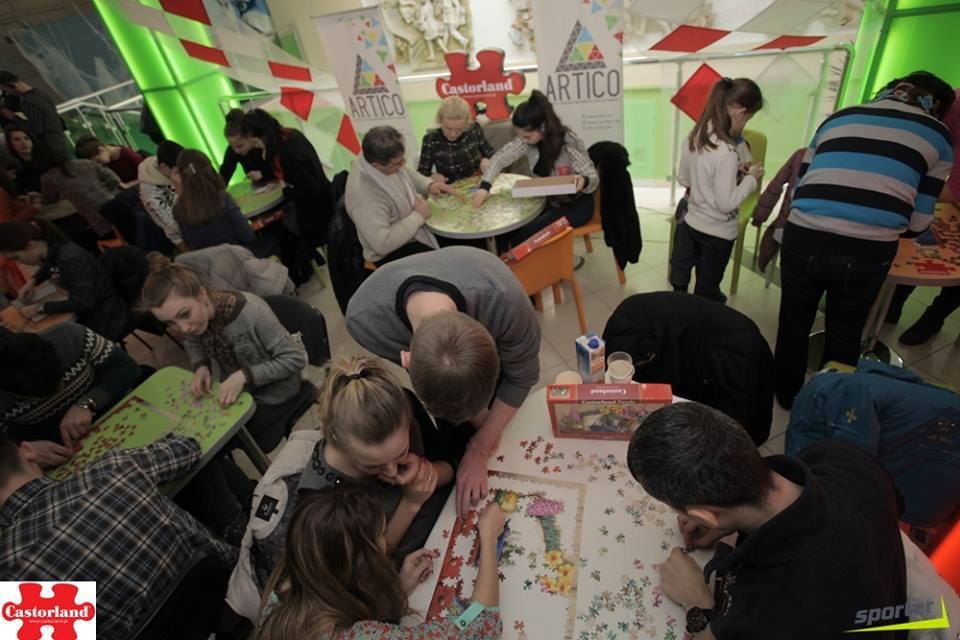 The Puzzle Day Castorland 2016 contest was attended by 52 teams with a total of over 200 participants. The winner has become the "Fruit" team, managing to assemble the picture in 1 hour and 34 minutes. The second place, with a small gap, was occupied by the "D-4" team (last year's champions), with a result of 1 hour and 39 minutes. And for the second year in a row, the third place went to the "Black Beaver", who assembled the picture in 1 hour 54 minutes. 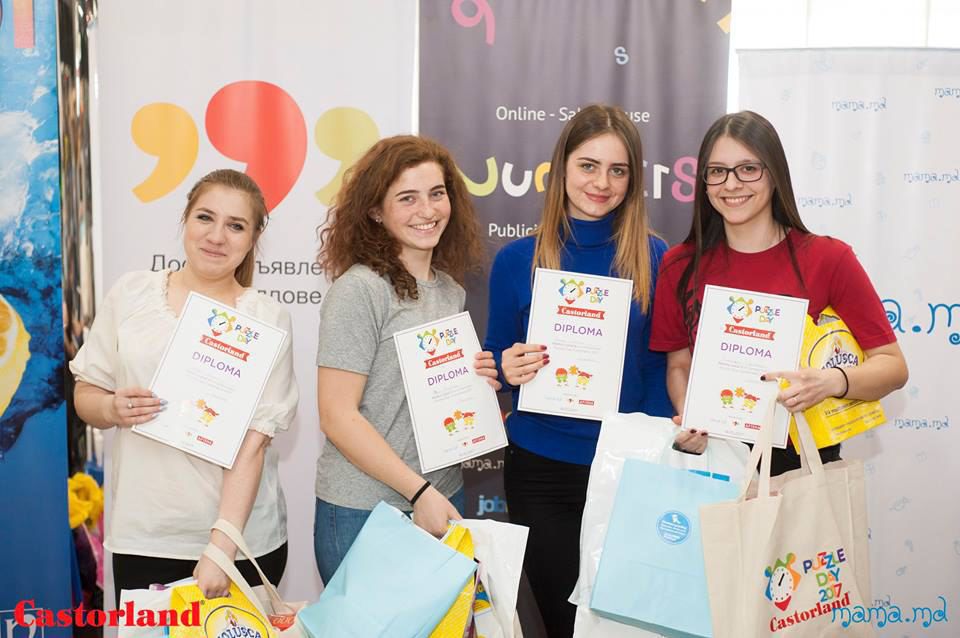 On March 19, 2017, the fourth Puzzle Day championship took place, attended by more than 350 participants from 88 teams. In this edition, the organizers decided to run the championship in two categories: amateurs and professionals. 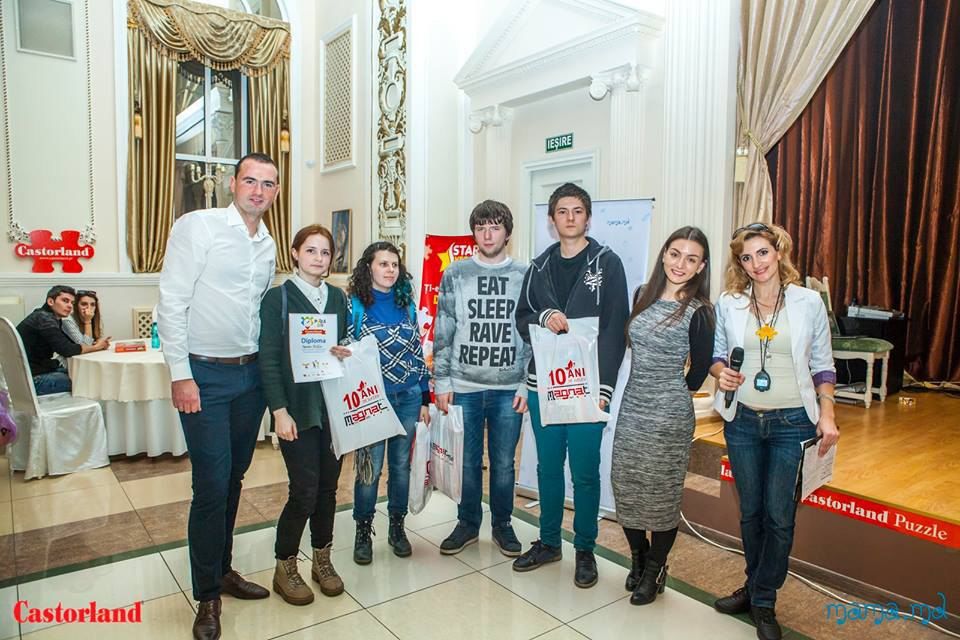 The Puzzle Day Castorland 2018 contest was attended by 400 people from 94 teams, setting a new participation record. The competition was held on March 25 and featured two categories: amateurs and professionals. The teams had two-hours time to put the pieces together in a picture. 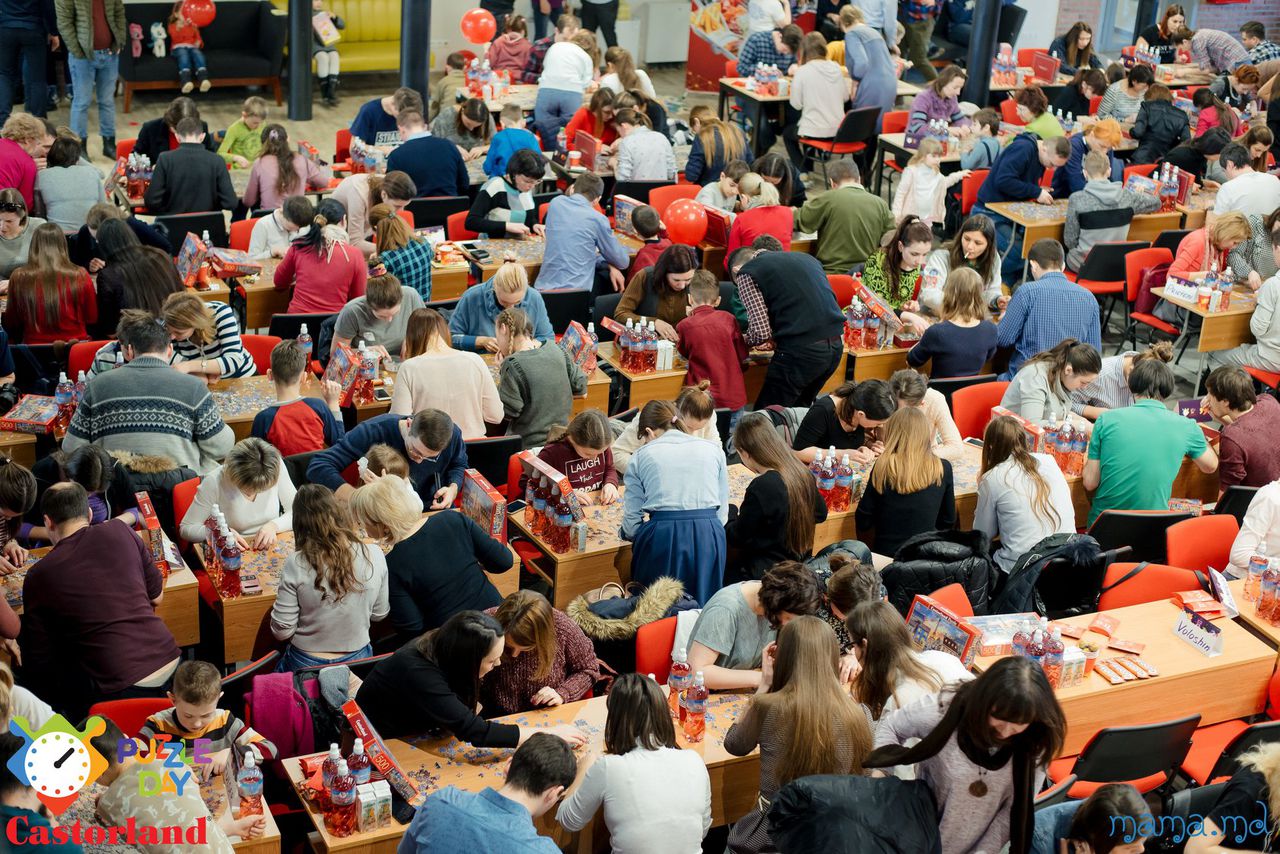 The first place in the "amateur" category went to the “Cyclobutane” team, which assembled the puzzle in 31 minutes and 40 seconds, setting a new time record. The second place was occupied by the “Powerpuff girls”, with the result 51 minutes and 57 seconds. The bronze went to “Our team”, which did the puzzle in 56 minutes and 46 seconds.

The first place among the "professionals" went to the “PuzzlePuff Girls” – a team of three girls from the Romanian city of Brasov. Together, the girls coped with the picture in 43 minutes and 35 seconds. The second place was taken by the “CUC” team with the result 46 minutes and 40 seconds. The third place went to the “Assassins Team”, which did the puzzle in 54 minutes 15 seconds. 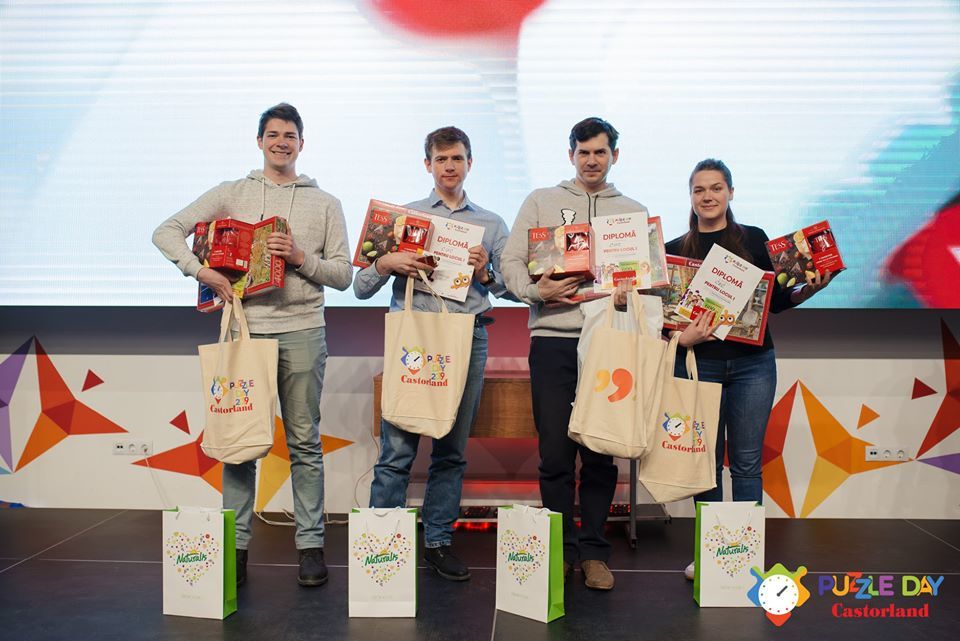 Considering such a rapid growth in popularity of high-speed puzzle assembly contests in our country, we are convinced that new records are yet to come. That's why we invite all fans of this hobby to participate next year in the Puzzle Day 2020 annual championship. You have enough time to train your team and prepare properly to demonstrate the best results.

Assembling a puzzle is one of the most exciting kinds of family leisure. In addition, this activity is useful because it develops logical thinking, attention, memory, imagination, fine motor skills, and teaches to correctly perceive the connection between the part and the whole. And, most importantly, everybody involved are equal under the stopwatch and the pile of puzzle pieces.